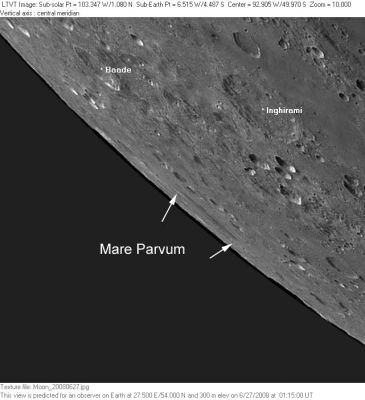 AstronoMinsk imagers: This image of the Moon's southwest limb taken with a strong libration shows which what was probably the feature intended by the discontinued IAU name Mare Parvum, corresponding to the central mare region of the Mendel-Rydberg Basin.