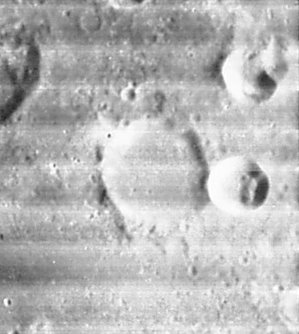 ([/IAU%20Directions IAU Directions]) HOOKE.--Another irregular ring-plain, 28 miles in diameter, on the N.W. of [/Messala Messala]. There is a bright crater of considerable size on the S.E., which is said to be more than 6,000 feet in depth, and, according to Neison, is visible as a white spot at full. There is a smaller crater on the slope of the N.E. wall.