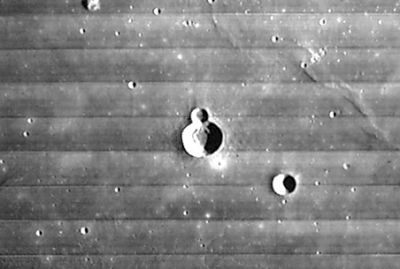 LOIV 139 H1 Heis is the crater in the center. The pit on its north rim is Heis A, and the crater to the southeast is Heis D.

(IAU Directions) On the S.W. (of C. Herschel) lies a larger crater (Heis), which has a small but obvious crater on its N. rim, and casts a very prominent shadow at sunrise.

Eduard Heis (February 18, 1806 - June 30, 1877) was a German mathematician and astronomer. He made a series of observations of the night sky, including the milky way, zodiacal light, stars, and shooting stars. His star atlas, which was based on the Uranometria Nova, helped define the constellation borders in the northern sky. He was also the first person to record a count of the Perseid meteor shower in 1839, giving an hourly rate of 160. Observers have recorded the hourly count every year since that time.