Curtis (east of Picard in the western part of Mare Crisium) 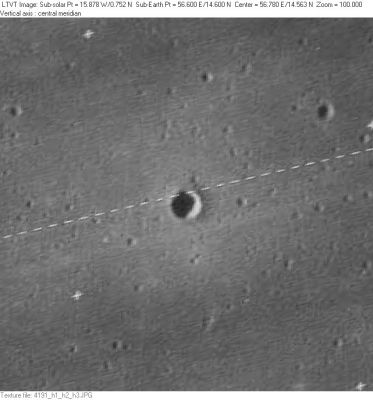 The white spot east of Picard