Burckhardt (the crater with "ears") 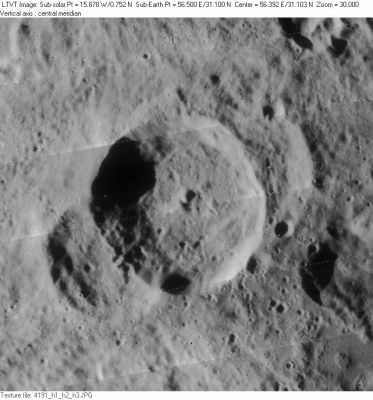 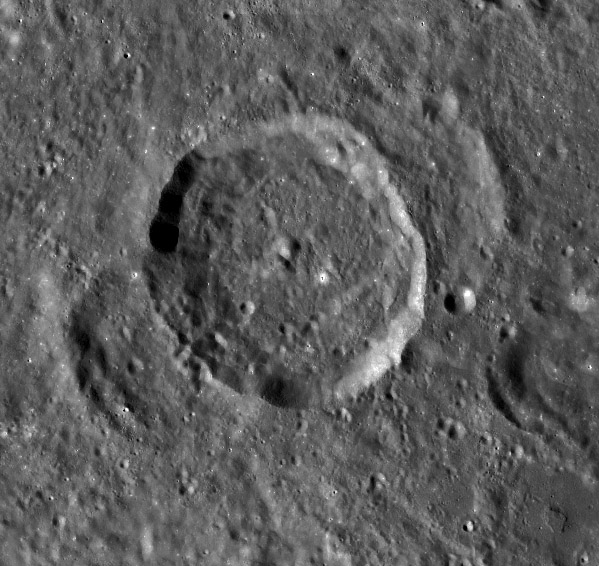 (IAU Directions) BURCKHARDT.--This object, situated on an apparent extension of the E. wall of Cleomedes, is 35 miles in diameter, with a lofty border, rising on the W. to an altitude of nearly 13,000 feet. It has a prominent central mountain and some low ridges on the floor, which, together with two minute craters on the S.E. wall, I have seen under a low angle of morning illumination. It is flanked both on the W. and E. by deep irregular depressions, which present the appearance of having once been complete formations.

The Northern Moat
Cleo 3 (Cleomedes and Burckhardt, by Leo Aerts)