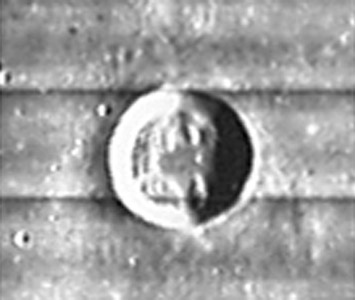 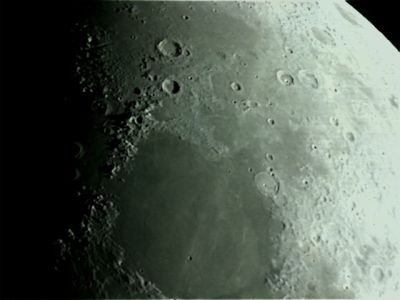 ([/IAU%20Directions IAU Directions]) BESSEL.--A bright circular crater, 14 miles in diameter, on the S. half of the [/Serenitatis%2C%20Mare Mare Serenitatis], and the largest object of its class thereon. Its floor is depressed some 2,000 feet below the surrounding surface, while the walls, rising nearly 1,600 feet above the plain, have peaks both on the N. and S. about 200 feet higher. The shadows of these features, noted by Schroter in 1797, and by many subsequent observers, are very noteworthy. I have seen the shadow of a third peak about midway between the two. One may faintly imagine the magnificent prospect of the coast- line of the Mare with the [/Montes%20Haemus Haemus range], which would be obtained were it possible to stand on the summit of one of these elevations. It is doubtful whether Bessel has a central mountain. Neither Madler nor Schmidt have seen one, though Webb noted a peak on two occasions. I fail to see anything within the crater. The bright streak crossing the Mare from N. to S. passes through Bessel.