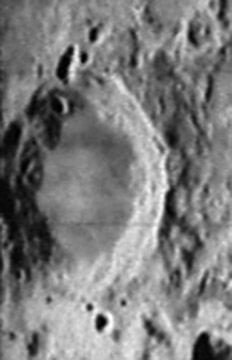 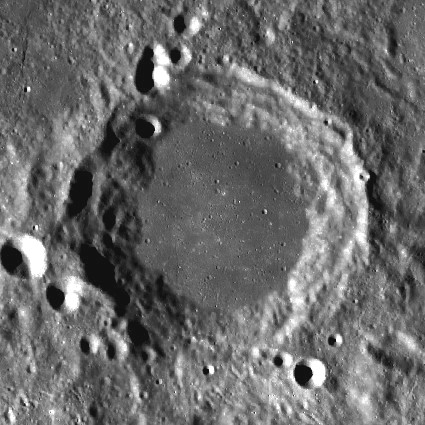 (IAU Directions) BEROSUS.--A somewhat smaller object of a similar type, N. of Hahn, but with a loftier wall. There is a want of continuity also in the border, the western and eastern sections of which, instead of joining, extend for some distance towards the S., forming a narrow gorge or valley. Outside the S.W. wall there is a small crater, and some irregular depressions on the W. The minute central mountain is only seen with difficulty under a low evening sun. The bright region between Hahn and Berosus and the eastern flank of Cleomedes is an extensive plain, devoid of prominent detail, and which, according to Neison, includes an area of 40,000 square miles.