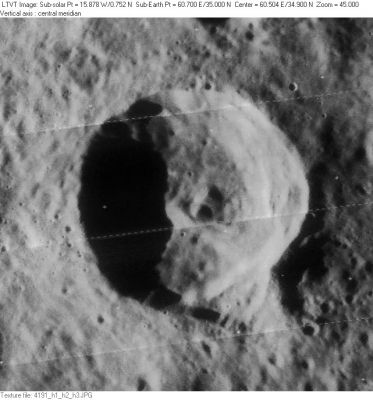 (IAU Directions) BERNOUILLI.--A very deep ring-plain on the E. side of Geminus. Under evening illumination its lofty E. wall, which rises to a height of nearly 13,000 feet above the floor, is conspicuously brilliant. This formation exhibits a marked departure from the circular type, being bounded by rectilineal sides. The inner slope of the E. wall is slightly terraced. The border on the S. is much lower than elsewhere, as is evident when the formation is on the evening terminator. On the N. is the deep crater Messala a.

A certain Bernoulli in the Sourcebook Project (William R. Corliss)