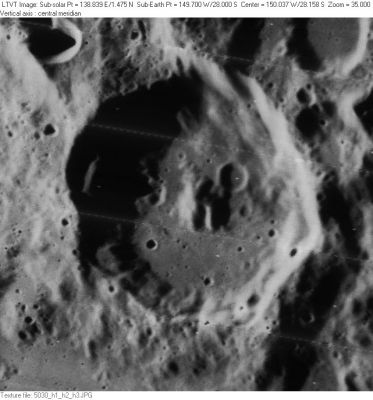 LO-V-030H Barringer is on the north rim of the Apollo impact basin. The 19-km diameter crater partially visible in the upper right corner is Barringer C. The remainder of the features are unnamed.