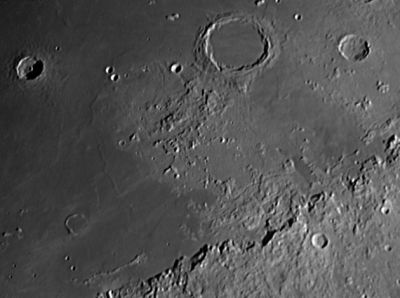 Peter Lloyd The large ring-shaped crater at the top is Archimedes and the diagonal line of shadow-casting peaks near the bottom is Montes Apenninus. The term Apennine Bench Formation was originally used to denote the diamond-shaped zone of relatively smooth light-gray material situated roughly midway between them and somewhat larger than Archimedes in size.